I’ve been playing video games since the late 1980’s. My passion has always been centered around fighting games; such as Street Fighter (All the series), Mortal Kombat (All the series), Double Dragon, Streets of Rage, Shinobi, Marvel vs. Capcom (All the series), and many others. I always found it very difficult after several hours of playing to perform certain moves with ease and quick precision because my thumbs and palms would be hurting and throbbing tremendously. This would bother me so much that I would contemplate quitting.

Don’t get me wrong I love the traditional thumb pads, they are great and have been modeled and tweaked over the years to make the gaming experience more enjoyable, fun, and less thumb throbbing (smile). However, no matter what systems I’ve played on; whether it be Saga Genesis, Nintendo, NEO GEO, PlayStation (1-4), XBOX, XBOX ONE, etc., I’ve found that the traditional pads weren’t able to stave off that sore thumb syndrome after hours of play.

I decided that I couldn’t take it any more and that it was time to get the full enjoyment out of the various games that I have grown to love to play over the years. My solution was let’s try something different.. enter the Joystick! I bought my first joystick back in 1992 for the Sega Genesis and it was the best investment from a gaming perspective that I ever chose to do. I all of a sudden went from being a very good player to an exceptional player in my inner circle of gaming friends.

I remember before there was online gaming; I would play with friends during our neighborhood get together gaming sessions, and I would be accused of unfair play because I was able to perform moves with precision and without hesitation due to playing with a joystick. Playing with a joystick led me to being even more passionate about gaming than ever before. It even led my friends to start using them because they saw the advantage it created for me.

I know that not all joysticks are the same and they can be expensive, but with research you can find inexpensive ones that’s just right for you. I understand that some gamers still prefer to use the traditional pad that comes with the consoles, but I must admit that playing with a joystick has saved my gaming experience and my thumbs; all while keeping and constantly renewing my love for the old and new games of today.

If you are a true gamer and love video games, and want the most out of each game you play I recommend switching to a joystick and you won’t be sorry you did! 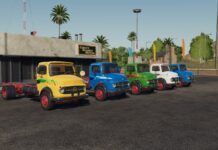